A mosque or a ‘Masjid’ is a holy and sacred place for Muslims all around the world. There are many beautiful mosques in the world. However, some of them are considered to be of more importance due to their history or their elegance and beauty, etc.

Mosques have also been the center of civilization throughout Muslim history. In the past, Muslims not only gather in the mosque to offer ‘Salat’ but also to discuss important matters and to take decisions regarding society’s well-being.

Mosques had utter importance in Muslim history, especially in the era of Prophet Mohammad (PBUH). He was used to making all important announcements in the mosque after prayers and all important matters were also discussed in the mosques. Therefore, we understand why mosques have been so important in the past and now they have much importance for the Muslim community all around the world.

Every mosque is beautiful in its own way because it is the place where Muslims can worship and talk to Allah. However, some mosques have more importance due to their beautiful architecture or their interesting historical significance.  Some of the most beautiful mosques in the world are listed below.

It is the largest mosque in the world and it is also the biggest place of worship for Muslims. Every year, millions of Muslims from around the world visit here to perform the most important rituals of Islam which are Hajj and Umrah. This is also the first place built for worship.

The mosque is spread over an area of 400,800 sqm. It is not only the largest but also the most beautiful in the world. The holy Khana Kaaba is also located inside this mosque. The other important Islamic sites are also located here like Maqam-e-Ibrahim and the well of Zamzam. The mosque has the capacity to accommodate nearly 4 million worshippers. Another important fact about the mosque is that fighting within the mosque premises is strictly prohibited.

The mosque is the absolute epitome of architectural beauty and elegance. It has 82 white domes and many beautiful hand-knotted carpets. The mosque has beautiful chandeliers covered with Swarovski. There is also a pool in the front enclosure of the mosque that reflects the mosque’s columns and looks magnificent at night time. The mosque remains open for visitors from 9”:00 a.m. to 10:00 p.m.

This is a very beautiful mosque that makes it a must-visit place for visitors. The mosque is also important because it has a very interesting history. The mosque is a live personification of Byzantine architecture. The mosque was initially built as a church but it was converted into a mosque during Ottoman rule (1453-1935). The mosque has long minarets and inscriptions are written on the walls. The walls are also decorated with beautiful mosaic work. The mosque is famous among visitors from all around the world.

The mosque is situated on one of the busiest streets of Northern Lahore. The mosque was built in the 17th century and it is considered to be a must-visit mosque for religious tourists. The mosque has a beautiful mosaic tilework that traces back its history from the Mughal era. The mosque has beautiful fresco paintings and tiles. The architecture of the mosque shows Indo-Muslim style and design.

This mosque shows a combination of modern and conventional Islamic architecture styles. The dome of the mosque is built with geometric shapes and patterns. It is built in five parts that visually seem to be a single object. This mosque is also a very popular tourist attraction. The mosque was designed by the Croatian sculptor Dusan Dzamonja. The visitor timings of the mosque are between 9:00 a.m. to 10:00 p.m.

This mosque was built by the Mughal emperor Shah Jahan. It was built during the years 1650-1656. It is the largest mosque in India. The mosque is mainly made of red sandstone and white marble is also used in its building. The mosque has the capacity to accommodate nearly 25000 people. There are three domes of the mosque. The mosque has two minarets and it has three gates to accommodate the entrance of many people at the same time. 5000 laborers were hired for the building of this mosque. The mosque was built at an expense of 1 million rupees at that time.

The mosque clearly depicts the grandeur and beauty of Persian architecture. This mosque was built in the early 17th century. The mosaic tiles in the mosque are installed with the ‘haft rangi’ theme which means seven color style of mosaic tiles. The tiles are rectangular with pictures painted in seven colors red, yellow, fawn, ultramarine, turquoise, white, and black.

This is the largest mosque in China which compromises more than 20 buildings with five courtyards. The mosque represents a combination of Islamic expediency with Chinese architecture.

Mosques are not only an epitome of splendor and mysticism but also a great place to dwell yourself in the tranquility and peace that prevails in the surroundings. People come here to worship the creator that is Allah. Quran also mentioned the 99 names of Allah which is also known as attribute of Allah. This gives them serenity and harmony. Moreover, mosques are great places to visit due to their beautiful architecture and exciting history.

Comprehensive Guide On The Kids Houses How to teach your kids about Islam

Beautiful Islamic Quotes To Enlighten Your Mind and Soul 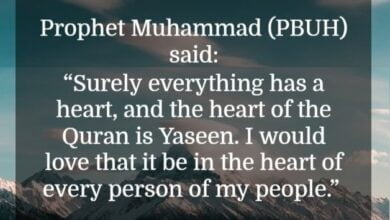 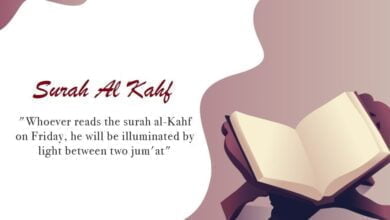 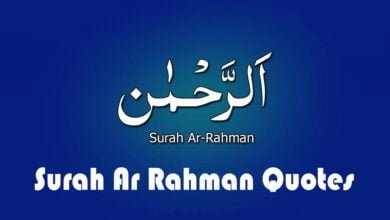